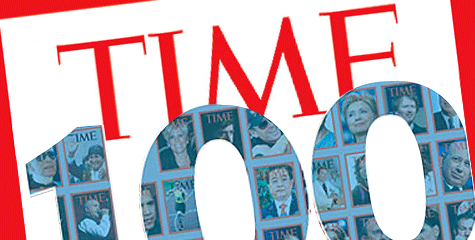 The supporters of Narendra Modi have petitioned the Time magazine at the manner how their poll was hacked to pull Narendra Modi down, who was leading with the maximum positive vote and maximum margin around 24 hours before closing the poll and within the last 24 hour, the poll was apparently hacked by hackers who voted in favour of Anonymous (a name symbolising anonymous hackers) and Eric Martin (the closest contender of Modi), and Imran Khan, and against Narendra Modi. The ‘likes’ and Tweets on the poll and the answer make it crystal clear. Erik Martin garnered a thousand ‘likes’, Anonymous did a shade better with 2000 but Narendra Modi was comfortably placed with 96,000. It is fairly obvious that hacking scripts and not human voting determined the outcome in the last few hours.

The Indian American Intellectuals Forum has written to the Editor of the prestigious magazine demanding that the poll by declared null and void and Anonymous and Eric Martin be disqualified. The letter is published verbatim below.

Sub:   Declare the 2012 Time 100 Poll  as null and void and Disqualify Anonymous and Erik Martin from the Number One and Number Two positions

Sir:
We are stunned and appalled at the manner in which your website on the 2012 Time 100 Poll was rigged and hacked by Anonymous and Erik Martin under your nose.  Your staff seems to have stood mute.  According to the final results, Anonymous secured 395,793, Erik Martin 264,193 and Narendra Modi 256,792 yes votes.

As reported by Mashable “Anonymous has been accumulating around 14,000 votes per hour, jumping from approximately 40,000 votes bymidday Thursday to more than 380,000 votes by midday Friday!.”

The manner in which these two groups rigged and manipulated the results to their advantage is a matter of great disgrace not only to the reputation of the Time Magazine but also to the civil society which wanted to exercise its rights in accordance with the rules laid down by your esteemed Magazine.

These two groups have made a mockery of The Time Polls 2012.  They have tarnished your credibility, brought ignominy to your standing, and made your august magazine a laughing stock in the eyes of the world at large and your loyal customers.

People are saying these Polls are unfair and unjustified.  They smack of hoax, scam and deception.

A fraud of colossal magnitude has been perpetrated on the credulous masses who believe in fair play and justice.  We feel badly mauled and cheated.  If this issue is not settled in an equitable manner, we would be compelled to urge 1.3 billion Indians all over the world to boycott Time.

We request you to thoroughly investigate this matter.   We will also appreciate it very much if you will declare the 2012 Time Poll as null and void and disqualify the above two entities from number one and two positions for brazen violation of your contest rules and those of universal fair play.

Other letters are also available at: Samvada.org. An online petition has also been created which can be signed.

While concerned Indians across the world have written to Time, mainstream Indian media, which takes sadistic pride in putting Narendra Modi down, even if he's representing India on an International platform, made it a headline that Narendra Modi polled maximum negative vote, thereby performing its 'religious duty' of exhibiting its rabid bias against the Gujarat Chief Minister.