BJP wakes up to Hindu plight, demands citizenship for Hindu refugees as per constitution 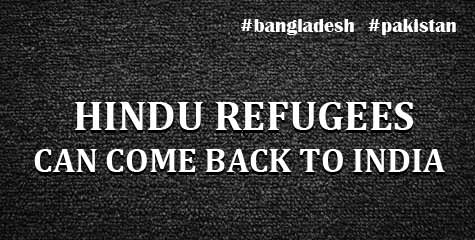 “As per constitution, any Hindu, who was forced to flee from any part of the world and comes back to India, has the right to Indian citizenship, but the UPA-led Union government has always denied it,” he said.

Gadkari also promised to raise this issue in the parliament. Earlier, BJP MP Tarun Vijay has been quite vocal about the Hindu refugees from Pakistan. It is also noteworthy how the issue of a Hindu girl Rinkle who was raped because she refused to convert to Islam, has been muted by the Indian media while the same media is busy highlighting the issue of 3 Pakistani merchants erroneously labelled as terrorists by RAW.