Rules Do Not Make Ram 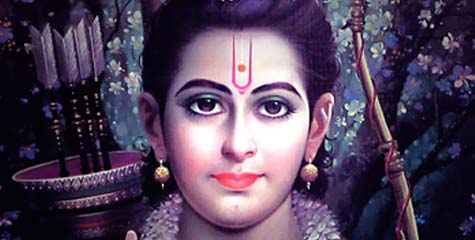 If there were no rules, would we be corrupt? Do rules make us corrupt? After all, only when there are rules can rules be broken or bent. Only when there are rules, do we have need for regulators and courts and auditors to keep watch over society. What would the world be without rules? The world without rules is the jungle – where might is right and only the fit survive. Humans made rules so that the meek can also inherit the earth, so that even the unfit can thrive. That is why rules exist. That is how human society came into being.

Both Ramayana and Mahabharata are about human society and about rules. In the Ramayana, Ram follows the rules but in the Mahabharata, Krishna breaks the rules. We are told both are righteous. Both uphold dharma. Both are forms of God. Both fight corruption. How can that be?

In the Ramayana, the villain breaks rules. Neither Surpanaka nor Ravan respect the laws of marriage. Surpanakha uses force to get rid of competition and get herself a desirable mate. Ravan uses cunning to steal another man’s only wife, despite having many of his own. In contrast, in the Mahabharata, the villain does not break a single rule. No one – neither Bhisma nor Drona nor Karna nor the Pandavas – cry foul when a woman is dragged and disrobed in public, as technically Duryodhan has not broken a single rule in the gambling hall. A rule-following Ram can combat a rule-breaking Ravan. But would he succeed against a rule-following villain like Duryodhan? That is why even God had to change his avatar, and become Krishna, who bends the laws of nature, and gets cloth to materialize to rescue Draupadi from her shame.

Corruption is not about breaking the rules: corruption is about rejecting our human side, embracing our animal side, and reserving resources for the mighty and dominating the meek. Corruption is about becoming the territorial alpha male who excludes competition and includes no one except those who surrender to him.

In India, every politician follows the rules, and every bureaucrat follows the rules, and every judge follows the rules. There are many rules to follow! Despite this, land is grabbed but no one is arrested or punished. Riots take place, hundreds are killed but despite enquiry commissions, no one is convicted. Rapes take place but rapists are released on technicalities. There are never enough witnesses and not enough evidence. Even a terrorist who murders people in front of rolling cameras remains an ‘alleged’ criminal, and perhaps a political pawn, for months and years.

So the rage of the common man is understandable. So the outrage when Anna is put in jail is understandable. The Government seems to be full of Bhismas and Dronas and Karnas and Pandavas – all rules are being followed while India is being disrobed. Expression of outrage gets you to Tihar jail.

Within Tihar jail, you find criminals: ‘alleged’ criminals as far as the court is concerned. These are high profile politicians who have broken the law: small fish, who everyone knows, will in time, be honorably discharged because there will not be any evidence and not enough witnesses and because our complex laws can be read in myriad ways by brilliant lawyers.

In this scenario, Lokpal bill is yet another set of laws and rules and auditors hoping to cleanse the country. Will it really stop Ravans? Or will it create many smarter Duryodhans? Will it create Rams or will it hinder Krishnas?

The courts can only tell us if rules are broken or not broken. But the question today is about intent. Intent is invisible, intangible and subjective. Yes, as humans we may have moved out of the jungle but clearly the jungle has not moved out of humans. That is why our streets and jails and governments are full of stubborn alpha-males, each one smug and self-righteous and highly territorial wanting to dominate the other. Stripped and abused, India weeps in the gambling hall, while her adults point fingers at each other like children in a playground.