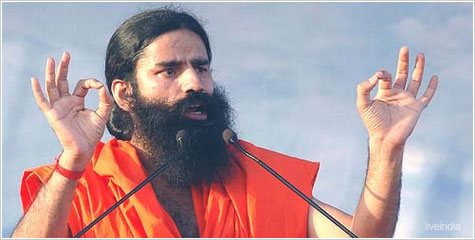 Criticising the Prime Minister over the decision to approve Foreign Direct Investment (FDI) in multi-brand retail sector, Yoga guru Baba Ramdev on Wednesday said that it seemed that Dr. Singh was working towards the protection of foreign retailers like the Wal-Mart.

Baba Ramdev said that the Prime Minister was acting like the president of the global retail giant Wal-Mart.

"The character of this government is exposed before the country. I feel very sad that the Prime Minister of the country also behaves like a broker of the foreign companies. He backs foreign direct investment in retail market as if he the president of Wal-Mart. It is very shameful," Ramdev told media.

Baba Ramdev said the move of the ruling Congress Party is to mislead the nation and divert their attention from various important issues like corruption and black money.

"In order to ensure that the issue of black money and corruption is not brought up as the people of the country had expressed their anger and in order to suppress that anger, the government has brought in the name of FDI, a new menace," said Ramdev.

"The government wants that all the people and the political parties should forget about everything else and they should get engrossed only in the FDI in the retail sector and all other important issues are sidelined," he added.