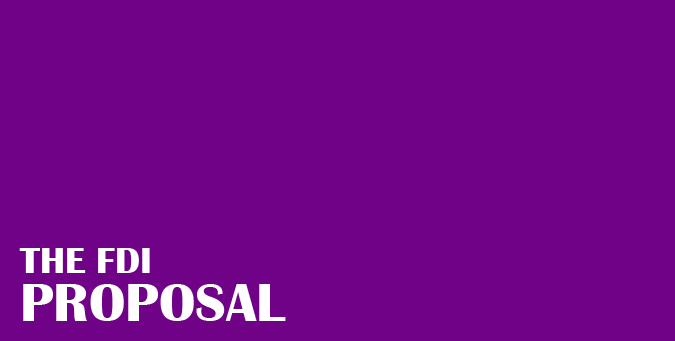 India is going through one of its periodic bouts of exuberance over prospects of better ties with Pakistan. Islamabad’s recent willingness to liberalise bilateral trade between the two countries has met with enthusiastic response from the Indian side. While good relations with a neighbour is a highly desirable objective, what should worry us is that powerful sections of the Indian establishment, including the current Prime Minister and the dominant English-language media, are more than willing to go overboard to befriend Pakistan, throwing national interests to the wind. This is what is happening now.

Pakistanis claim that this time, everybody (add, including Army) is on board in the move to improve relations with India. This makes eminent sense. Even the most hardnosed Pakistani policy makers realise that their country is spectacularly isolated. With Afghanistan on boil, relations with US on ice and fair weather friends turning their backs, Pakistan has discovered the benefits of dealing with the enemy that knows you well.

And then there is the economy. Pakistan GDP growth rate has dwindled from 6.8 per cent in 2007 to 2.4 per cent in 2011. Its industrial sector contracted by 0.1 per cent in 2010-11. Private corporate sector is shrinking. Pakistani elite classes are shifting not only their capital but even their families out of the country. There are no buyers for Pakistan government bonds outside the government. In its wisdom, Pakistan threw out IMF and went out of its way to displease the only country that has the financial muscle to help it out of trouble: US. The only bright spot is exports: textiles, cotton, rice. Pakistanis have realised that it makes no sense to keep away from one of the largest markets in the world: India.

Pakistan made the first gesture last month to deepen trade ties with India. Earlier, it had a positive list of 2,000 items which alone were allowed to be imported from India. This was replaced with a negative list of 1209 banned items. This straightaway increased the number of exportable items from India more than three-fold. On its part, India has now agreed to reduce its sensitive list of 865 items that are not given preferential market access under the South Asia free trade agreement by 30 per cent within four months.

India exported goods worth $2.33 billion to Pakistan last year, while imports from there were worth $330 million. Trade through third countries, such as Dubai, is estimated at $10 billion per year. So, if direct trading is allowed, bilateral trade can grow several times. Pakistan feared earlier that if it opened its gates, its markets will be swamped by Indian goods. Now it has taken a more realistic stand. It has promised to grant India the Most Favoured Nation (MFN) status under WTO by the year end. This should be welcomed.

What is not welcome is the move to ease visa restrictions for businessmen between the two countries. India and Pakistan are reportedly working on a mechanism to issue multiple-entry and reporting-free visas for businessmen. India must proceed with extreme caution here, because businessmen are not the only people in Pakistan keen to enter India. Terrorists, mullahs espousing Wahabi Islam, havala operators and traffickers in fake notes and drugs are even keener to enter India than genuine businessmen. With the connivance of the Pakistani establishment, it would not be difficult for them to pose as businessmen.

And what must be rejected out of hand is the idea of allowing foreign direct investment (FDI) from Pakistan. The ‘in-principle’ decision taken by the government in this regard must be reversed immediately.

It is amazing that at a time when most countries are wary of letting in Pakistanis even as visitors, the Manmohan Singh government is all set to roll out the red carpet for them in the garb of economic cooperation.

Nowhere in the world is Pakistan regarded as a worthwhile investor. A country surviving on American doles is not expected to generate investible surplus for other countries. Pakistan’s total overseas investment in the last five years works out to a paltry $418 million dollars, which will hardly merit mention in a footnote in any official document.

The move is intended to be a political signal, and the reason behind it is as sloppy as can be. “When we can allow investment from China, there is no reason to block Pakistan,” a senior official is reported to have said. Forget the fact that China is an economic giant wooed by all, whereas Pakistan is a tinderbox whose chief exports are Wahabi Islam, terrorism and drugs. Notice that this is the same logic used by Congress leaders in the pre-independence period while slowly yielding ground to Jinnah’s Muslim League: now that we have conceded so much, why not a little more?

The sinister implications of this needless appeasement hardly need to be spelt out. ISI agents posing as businessmen will be able to buy large properties, set up expansive factories and offices, and employ Pakistani spies and local fifth columnists as legitimate employees with the right to move all across the country. They will be able to receive large sums as lawful investment and launder havala money as business profits.

“But Pakistani businesses here will be subject to our laws on excise, sales tax, income tax, isn’t it?” Are you kidding? The smallest Indian factory owner, the lowliest trader, the humblest businessman, knows how to manage these watchdogs. Will Pakistanis, flush with currency – silver as well as leather – and political patronage, have any difficulty in dealing with them?

In another voluntary abandonment of national interests, India last year withdrew its opposition to the controversial trade-aid package proposed by the European Union (EU) for Pakistan, at the General Council of the World Trade Organization (WTO).

Under the package, around 75 tariff lines or products from Pakistan would get concessional access to European markets for three years, of which 67 would have zero tariff. On the remaining eight, tariff rate quotas (TRQ, limited imports at reduced duty) would apply. This concession was offered by the 27-nation EU to help Pakistan in the wake of the devastating floods last year. It would boost Pakistan’s exports by 88 million pounds per year.

Note that the proposal was shot down, not once, but thrice. The move was opposed by India, Brazil, Bangladesh, Peru and Vietnam, as it would impact their exports to the EU. Besides commercial logic, such a waiver would set a bad precedent and go against the WTO spirit of non-discrimination. In fact, WTO has never taken up such a waiver before. This is not a relief package. If EU wants to help Pakistan, let it give cash. But EU wants to favour Pakistan at the expense of other, poor countries. There is no way one can approve this.

Yet India, which should lead opposition to the idea, caved in after Prime Minister Manmohan Singh personally intervened to ease things for Pakistan.

Many industrialists and investors (both Indian and foreign) have rightly accused the Manmohan Singh government of policy paralysis, poor governance and endless dithering on important issues. But when it comes to the Prime Minister’s own agenda (appeasement of Pakistan and protection of US interests), the same government is found to be full of clarity, vigour and resoluteness.

Dr. Manmohan Singh did not resign as the Deputy Chairman of Planning Commission when Prime Minister Rajiv Gandhi described Indian planners as a bunch of jokers. But he was all prepared to resign as Prime Minister on the issue of nuclear deal with US. That tells us something about both, Dr. Singh and the deal.

A fool messes up everything he handles. A confused man cannot take decisions on any issue. But if you act foolishly or in a confused manner on most matters and are a picture of wile and resoluteness on a few, you are not a fool. You are a clever man with your own agenda. India is blessed with a Prime Minister who is clever – too clever, perhaps, for its own good.