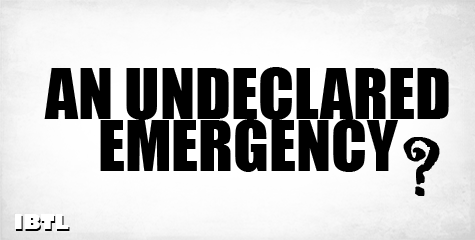 India’s is being destroyed. It is being destroyed Politically, Militarily, Economically, Constitutionally as well as Culturally. This should be very clear on everyone’s mind. From every dirty maneuver of Sonia Gandhi-led Congress, some gain on any of these fronts or multiple fronts simultaneously is made. Since India is to be destroyed totally, and it is being done using a Chaos Theory, where while everything looks like madness, there is some method to the madness. As usual, the larger mass of the public will fail to pin-point the method of this madness and by the time people arrive at some conclusion, it will be too late.

While the enemies of the Nation are enjoying destroying Army, some other sinister design is working simultaneously right now. To understand what has happened in the last 8 yrs of Congress-led UPA Govt’s rule, let me give you a list of institutions that have allowed our democracy to survive and that have now been rendered dysfunctional.

# CBI – Subdued, Works only for Congress Party. Disrupts democratic process at will by not closing cases against prominent Political leaders and re-opening them whenever their co-operation is sought by Congress in the Parliament.

# Press/Media – That the media is paid is no secret. And this secret has been mentioned very clearly in the Press Council of India report.

# CVC – We all know the famous case of P J Thomas. After Pratyush Sinha who exposed 2G Scam right from Day Zero, this department has practically shut down

# Government of India – Practically nothing that is in the interest of this Nation is done by this Government and it appears to be canvassing for some Foreign powers. Prime Minister himself is always excited when a matter concerns interest of some Foreign Nation, while on all domestic issues he maintains an irritating silence.

# Parliament of India – What is going on Indian Parliament is no secret. No meaningful debate on non-performance of the Government or on issues of National importance is allowed. The Speaker simply never yields to the Opposition Parties. No discussion that requires voting of the members is allowed to take place. No meaningful law has come out of last two Parliaments except Right to Information. Rest all get introduced then blurred and dinned in the shouts inside the Parliament. The power of the Parliament is being slowly passed over to National Advisory Council (NAC) chaired by Sonia Gandhi, the Italian President of Congress Party.

# Judiciary – Regular news of bribery in Judiciary has been coming in even in certain sections of media. While many Judges seem to be holding the Candle of India’s Democracy, in many cases, the very nature of the Judgment is mostly political in nature. Comments of judges are not made for purpose of delivery of justice but to appeal to certain vote banks.

# CAG – Time and again attempts have been made to silence the lone torch bearer of Democracy and Corruption free India. Major allegations against CAG himself and harassment to him by PMO as well as during meetings of Joint-Parliamentary Committee on 2G Scam have surfaced in media, though not given due importance.

# Social Media – Government’s attempts to silence free public participation on Social Media has been a shameful public fact. Fictitious matters have been filed in Courts and Social Media companies are being coerced to black-out the free-speech. This is also a method to intimidate many participants on social media.

# ISRO/Scientific Community – The summary treatment meted out to former ISRO Chief on the Antrix-Devas Deal has been a shameful chapter in the history of Government’s treatment to world renowned Scientific Community of India that has provided scientific advancement in various field, and notably in Space Science, at fraction of a cost compared to other Countries in similar fields. Idea is to stop scientific advancement in India and make it dependent on US and other NATO countries.

# RBI – The once thriving Central Bank which was seemingly becoming autonomous and taking independent calls has been subdued and the constant fight between inflation and interest rates is not reaching anywhere. India’s monetary policy is now not a matter of professional expediency but of Political Calls.

# Indian Armed Forces – The entire procurement process has come to a naught in the last 8 yrs. Many other measures undertaken to destroy armed forces. Result - Indian Armed Forces are short on Officers, have few new Cadets, has serving personnel opting for pre-mature retirement, morale is at an all time low, Armed Forces are completely ill-equipped (as known to all with the leak of CoAS’ letter to PMO). Latest frictions between Govt of India and Army Chief are also a step forward in that negative direction

# State Police and Federal Structure – Repeated attempts have been made by this Govt at undermining Federal Structure of India as enshrined in the Preamble of Constitution of India and re-emphasized by Honorable Supreme Court in various cases, including Kesavanand Bharti case of 1973. The Govt tried violating federal structure in its Lokpal draft, and it has tried violating it again in NCTC matter. In order to undermine the State Govt's ruled by non-Congress Parties, the office of Governor is regularly used. CMs are harassed through unwanted demand for proving majority on floor of house mid-term as well as appointment of officials is done without taking Cognizance of the CM of the State, like it happened in case of Gujarat Lokayukta

# Intelligence Agencies - IB's role has become that of a mole. Eavesdropping on political adversaries, making illegal phone tapping etc have become the primary objectives of IB. NTRO is reportedly tapping over 7 Lakh phones in the country and not one sleeping cell of terrorists is caught. Is that logically possible?

# NGOs - NGOs, which along with Media are a strong public awareness and action tool is totally compromised. Foreign funding to NGOs is on a drastic rise. Congress is now itself funding NGOs to engage its political adversaries. Teesta Setalvad and Javed Anand have been on record that during election in Gujarat, Congress party funded them.

Whether people accept this or not, practically the entire power is now concentrating in the hands of the Central Government and in practical sense of it, in the hands of Sonia Gandhi, the Italian President of Congress Party.

In the case of Army Chief, many curious things have been happening. Three revelations have come out concerning Army, Army Chief and Corruption within.

2. Army is ill-equipped. Cannot face more than 2 days of full-scale war due to ammunition shortage

3. On allegation of phone-tap in MoD, Army gave some Press Release dated March 5, 2012, naming Lt. Gen Tejinder Singh as the man and also accusing him of being a broker for Tatra Trucks

While we can go into depths of the Point no.1, I am concerned here about something sinister I see as far as Point no. 2 & 3 is concerned.

Why is Govt crying foul?
That Army is ill-equipped is actually no state secret. The Thousands of crores of Rupees meant to be spent on procurement of Arms, Ammunitions and related Equipment is returned back every year. It is not being spent. If Armed Forces are not acquiring anything new, it is common sense that it is running short of Equipments, especially when this is a scenario year after year for last 8yrs.

Army Chief, supposedly, informed A K Antony over a year back about the shortage. Based on this a presentation was made by Army Officials to MoD (as per Indian Express report) in or around February 2012. Here’s some chronology thereafter:

March 3, 2012 - This news somehow reached Indian Express and was published in fair detail.

March 4, 2012 – An allegation that Army, under Gen. V K Singh is tapping phones in MoD surfaces

March 5, 2012 – Media says Army has made a Press Release naming Lt. Gen. Tejinder Singh behind these rumors and that he’s associated with Tatra Trucks as a middleman

March 25, 2012 - Army Chief reveals the case of Rs.14cr bribe offered to him by a very senior retired officer for some substandard and over-priced vehicles. Also, that he had informed Defense Minister A K Antony

March 27, 2012 – A K Antony tells Parliament that Army Chief has informed him about the Bribe Offer and that the Retired Officer concerned was Lt. Gen. Tejinder Singh.

March 28, 2012 – A letter written by Army Chief to MoD and re-written to PMO on March 12, 2012, surfaces in media. The said letter gave details of shortage of ammunition and other items in Indian Army.

The Govt goes ballistic. Action-reaction is going strong. Media is reporting nothing else but this leaked letter. Antony calls the leak anti-national, in the Parliament. Nobody really knows who leaked it, but Govt gives the impression and media campaigns around it that Army Chief himself did (bloody Banana Republic). But most interestingly, the contents of this letter had already been published Indian Express on March 3, 2012. Why didn't Government make any noise then?

March 29, 2012 – Army Chief gives a very very short Press Conference, amongst other things he says, “This cynical approach to tar my reputation should be stopped.”

March 29, 2012 – After Army Chief’s angry roar, A K Antony gives a Press Conference of his own saying all three Service Chiefs enjoy the faith of the Govt of India.

Matter is closed for the time being. Cut to the Court.

March 30, 2012: Delhi HC takes the matter on-board, questions who made the Press Release between MoD and Indian Army, gives time till April 27, 2012 to the Government to reply.

Controversy goes on only during Parliament Session

Guess what, Parliament’s Budget Session was convened between March 12-30, 2012. Discussions and maneuvering on anti-Federalism oriented NCTC law was being discussed. Through some sort of coercion few opposing MPs decided to leave the Parliament during voting, Govt wins NCTC matter in Parliament.

Media is filled with news of recent elections in UP, Punjab, Goa, Uttarakhand and Manipur during most of the Budget Session of Parliament, then diverts attention of the Nation to matters related to Army Chief.

A separate spicy issue of defamation case is hurriedly taken on-board, on March 27, 2012 and then for a simple answer on who made the Press Release to the media on March 5, 2012 naming Lt. Gen Tejinder Singh, Delhi HC gives the Govt time till April 27, 2012.

The Parliament session interestingly reconvenes on April 24-May 22, 2012. The media will once again canvass the entire Parliamentary proceeding with matters related to Army Chief. Govt will also spar with its own Army during this period.

There are now some fictitious stories around the Press Release.

Conclusion : What is going on is an extremely dangerous thing. Citizens should be watchful. They must remember what I mentioned earlier. India is being destroyed Politically, Militarily, Economically, Constitutionally as well as Culturally.