Is BCCI above the Law? - Amitabh Thakur 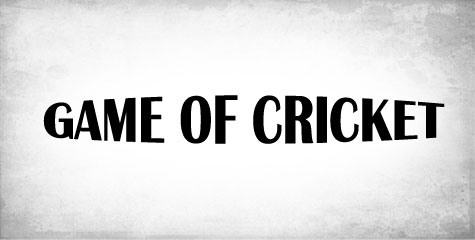 There is an anomaly in the way the Board of Control for Cricket in India (BCCI) functions. In this country, the Department of Sports, Ministry of Youth Affairs and Sports, is the nodal ministry for development and control of sports affairs. The Department generally acts through various National Sports Federations (NSFs). It says, “Sports promotion is primarily the responsibility of the various National Sports Federations which are autonomous.”

It adds, “Over the years a number of National Sports Federations (NSFs) have come up for development of specific games/sports disciplines. The Government of India in achieving their objectives has actively supported these Federations.” For the year 2011, the Department of Sports granted recognition to 43 NSFs. This list, surprisingly, does not include Cricket, though Cricket is one of the most popular sports in the country.

BCCI is a private body that claims and actually acts as the controlling authority for the game of Cricket in India. Its Memorandum of Association declares its objects, inter alia, are to control the game of Cricket in India and to resolve disputes and give decision on matters referred to it by any State, Regional or other Association, to promote the game, to frame the laws of cricket in India, to select the teams to represent India in Test Matches and others, and to appoint India's representative(s) to the International Cricket Conference and other conferences / seminars, connected with the game of cricket.

BCCI has framed rules and regulations in exercise of its powers under the Memorandum of Association. As stated herein, the powers and duties of the BCCI are referred to in Rule 9, which include to arrange, control and regulate visits of foreign cricket teams to India and visits of Indian teams to foreign countries, to permit under conditions laid down by the Board or refuse to permit any visit by a team of players to a foreign country or to India, to frame the laws of Cricket in India, and to make alteration, amendment or addition to the laws of Cricket in India whenever desirable or necessary, to take disciplinary action against a player or a Member of Board etc.

Rule 34 imposes ban on participation in tournaments stating – “No club or player shall participate in any tournament or a match for which the permission of the Board has not been previously obtained”. Thus, the Rules and Regulations framed by the Board attest that it represents Indian cricket and regulates all activities pertaining thereto. It legislates the laws of competitive cricket in India. There is no area beyond the control and regulation of the Board.

Yet, BCCI contends it has never applied for recognition nor asked for financial aid or grant or any other benefit from the Government, though it has been pleased accept massive tax waivers from a regime desperately scouting ways to increase revenues! To return to the issue of recognition, however, the Union of India has said on oath, even before the Supreme Court, that – “Board is a recognized National Federation.”

But BCCI is a private body registered under the Societies Registration Act 1860. In a Writ Petition, BCCI said, “Though in the field of Cricket it enjoys a monopoly status the same is not conferred on the Board by any statute or by any order of the Government. It enjoys that monopoly status only by virtue of its first mover advantage and its continuance as the solitary player in the field of cricket control.”

BCCI submitted that there is no law which prohibits the coming into existence of any other parallel organisation. Its writ petition said that the Government of India has been taking contrary positions in regard to the status of the BCCI in different writ petitions pending before different High Courts and in the Supreme Court, depending upon the writ petitioners involved.

Thus, in the apex court (Zee Telefilms vs. Union of India), BCCI counsel K.K. Venugopal mentioned the stand taken by the Government of India before the Delhi High Court in a case that the BCCI is an autonomous body over which government has no control. Counsel also relied upon an affidavit filed by the BCCI in the Supreme Court wherein it specifically denied that the Union of
India has ever granted any recognition to the BCCI.

This is a very peculiar situation. While the Government of India claims it has always recognized BCCI as the “Apex National Body for regulating the game of Cricket in India”, going to the extent of accepting its recommendations for award of “Arjuna Awards” which can be done only by National Sports Federations, it has not actually recognised BCCI as a National Sports Federation. This is possibly because BCCI has never sought or applied for the status of an NSF, as can be seen from the list of 43 recognized NSFs for the year 2011.

Yet BCCI presents itself as the apex National Body for regulating representing cricket in India. But it does not want to become a body regulated by the Government in any manner, not even as an NSF.

So much so, it resists coming under the RTI Act. It has been contesting before the Central Information Commission, New Delhi (complaint number CIC/LS/C/2011/000970 and CIC/LS/C/2011/000971 filed by Subhash Chandra Agrawal and complaint number CIC/LS/C/2011/000541 filed by Alok Varshney) the issue of appointing a Public Information Officer. BCCI contends it is not a public authority as it is not dependent on government for finances, and hence it shall not come under the purview of RTI. Thus, while most NSFs come under the purview of RTI and have appointed Public Information Officers, BCCI has been stoutly refusing to follow this provision.

In short, BCCI is trying to have the best of both worlds, having its cake and eating it too. It is getting all the privileges of being a de facto NSF, but keeping complete autonomy with no government control or public accountability. This is a precarious situation and needs to be checked immediately. It belittles the authority of the Government, presents BCCI as being above the law, encourages intransigence, irresponsibility and unaccountability in BCCI’s functioning, inculcates a culture of arrogance in its functioning, and allows BCCI to have all powers without any kind of accountability towards either the general public or government.

The writer and RTI activist Dr Nutan Thakur have filed a Writ Petition in the Lucknow Bench of the Allahabad High Court to get this anomaly and contradiction rectified. Our objective is that the Department of Sports, GoI, be directed to ask the Board of Cricket Control in India whether it wants to be officially recognized as a National Sports Federation as envisaged by the Department, and thus to adhere to the various rules and regulations associated with being an NSF, and be open to public accountability and reasonable government control.

On Thursday, 26 April 2012, the Allahabad High Court, Lucknow Bench, issued notice to Sports Department, Government of India, and BCCI, to explain why BCCI is being given all privileges without being a National Sports Federation. A bench of Justice Uma Nath Singh and Justice V.K. Dixit sought information about the public money being spent by the Government of India on Cricket, Hockey and other games.

The petitioners’ case was argued by Dr Nutan Thakur, who urged that the Hon’ble Court should direct the Department of Sports to ask BCCI to become a recognised NSF. If BCCI does not respond to this offer within a reasonable period or responds in the negative, the Government of India must publicly dissociate itself from the BCCI, end its de facto status as an NSF, and end the anomaly existing under the prevailing Rules. Government should also appoint some other cricketing body willing to be associated as an NSF to perform all the legal, official and authoritative works that Government has assigned and envisaged for the NSFs.


Author : Amitabh Thakur, an IPS officer from UP and actively associated with the RTI movement for public accountability