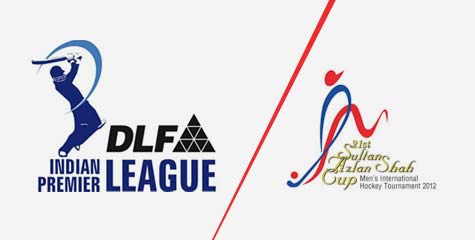 Overwhelmed at Kolkata Knight Rider’s maiden IPL Title triumph on last Sunday, the Kolkata state government announced to felicitate Team at Eden Gardens. The honourable CM Mamta Banerjee sighed "It’s a big achievement for state, Shah Rukh Khan Team represents our state & we all are proud of it." Therefore a big road show has been arranged including all TMC top brass that finally culminated at Eden Gardens. Eden Gardens was set free for all local people. The Ceremony was no doubt a grand one and it was compounded with CM presence & lots of media attention as if we won some gold medal in Olympics. I wonder if Mamta would have celebrated in such a way if Bengal had won in Ranji Trophy.

When this whole drama was being telecasted I was having lunch, I was so amazed to see all such nonsense & hypocrisy and that made me to express my feelings on this episode. I felt agitated because few days ago I was pained to read about treatment of women hockey & Kabaddi team & moreover in this same year Indian men hockey team been qualified for London Olympics or their winning of bronze medal in Azlan Shah Hockey cup today, but no one even bother to acknowledge their achievements. This situation becomes worse if we look at other sports like football, basketball, Table tennis & other games. I decided to analyse rather than passing a verdict on why only this game catches media & political attention, result was quite obvious. Now a day’s cricket is not only a mere sport it has become so lucrative show business in India that any popular Politician wants to own the cricket board of the state, with majority of the times not out of love of sport but to indulge in corruption & show of power as much as they could.

There is no second thought about the popularity of cricket in India, i love the game too, but now because of IPL it combined Bollywood & politician as well means more show off and more corruption. In IPL BCCI also owns its stake that’s why it promotes IPL like anything. It means complete commercialisation of sport where everyone considers everyone’s interest & indulges in corruption with each other’s consensus. Players too become obnoxious due to undue attention, money & media coverage. It’s quite common to find any big cricketer in pub or rave party & involved in scuffle. Through cricket lots of black money is being circulated in India, big mafia & underworld have wide influence across all spectrum of cricket. It’s a matter of contemplation. Match fixing has become synonymous of cricket and our own cricketers had been found guilty & got banned for his life from game. I am not against any sport but making a sport a mere tool to indulge corruption is not justified.

I was happy to hear that Delhi CM sliced Petrol prices for local masses rather than giving some boastful remark in media. After petrol price hike to 7.5 per litre first response emerged from West Bengal was with road rally to roll back but what next. Is there any outcome of all such things? And Mamta is still supporting Congress government in centre. What she has done for them to save from this steep hike? My genuine concern is if a Cricket team represents your state & won some title, its completely state affair & state must acknowledge it & appreciate it but why to make so much hype & have so much money wasted on it. Its national treasure & must be utilized for welfare to masses. All time West Bengal CM just creates uproar & does nothing fruitful. If they seriously want to roll back petrol prise why are TMC supporting the centre? TMC must pull out of government if its voice is not heard. But I am sure they will not do it as its completely political gimmick whereas everyone pretends something else far away from reality. If Mamta Banerjee will pull out support then she knows that the aid & other benefits which she wants from a friendly central government won't come easily. I am getting convinced that IPL is nothing but a hype & by the elite group for the elite group & simply a tool to remain alive on page 3.

I guess as an Indian we can make India a better place for acceptability of all sports by constantly working in proper direction. First thing we must encourage our children in early age to get involve in different sports & games. Every state should back up all type of sports & provide better facilities & platform at bare minimum prize so maximum person can participate & showcase their potential. I am sure if we keep on doing above in any sport then that game will definitely emerge at national level & thereby international level. Our National game hockey is an example of it. Till 70’s it was the only popular game in India in fact India is considered the origin of Hockey to the world. Second decentralization of power in sports. Now a day’s all Sports ministry at state level is owned by some popular minister however a minister has no previous sport experience & due to that they cannot give a desired outcome which is expected from them.

Therefore idea is every top level position must be governed by some experienced sport person so that he/she can utilize his experience to flourish sport across all dimension. Third independent watchdog should be put in place to closely monitor all illicit activities in sports; strict punishment should be pronounced besides with life time ban so that it could be acted as an example to all to not get involve in crime. I think we deserve few more gold medals in Olympics and Cricket isn't even an Olympic sport!!