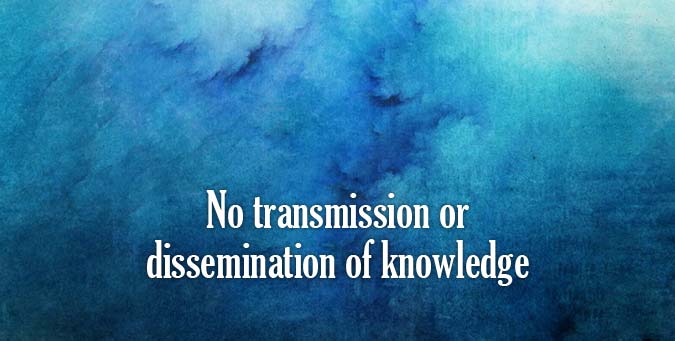 India has emerged as the largest arms importer in the world. More than 70% of the needs of the Indian armed forces are imported and Indian weapons purchases account for about 9% of the global arms trade. Each time a weapon system is imported, the costs are astronomical and we get trapped into expensive service contracts, ammunition purchase, potential possible arms embargos etc. During the years 2007-2012 contracts for approximately 50 Billion dollars worth of weapons have been signed.

DRDO was established in 1958 to indigenize defense weapon production. Yet after more than 34 years, it has embarrassingly little to show for itself. The CAG reports that 70% of the products that DRDO produces are rejected by the armed forces. Others are delayed for decades. Some of the more notable delays are

# Arjun-Main Battle Tank- 40 year development. End product is 50% overweight and the heart of the system, the fire control system has been developed by Elbit  systems in Israel

# LCA-Tejas- 30 year development. Still in flight tests. Only the control system and airframe are indigenous. All other components including the ejection seat are imported.

# Kaveri engine- 16 year delay with cost escalation of 800%. Still not airworthy . Delays in the engine have compounded delays of the LCA program.

# Even the most basic items such as artillery guns and howitzers have not been produced by DRDO.

# We import even the ammunition for our tanks at exorbitant prices as was pointed out by Retd Gen V.K. Singh

# BEML has been unable to indigenously manufacture a truck and continues to import them from TATRA after 3 decades. Indigenization is confined to replacing tires, bolts & nuts.

# It now appears that India will start importing assault rifles to replace the standard issue INSAS rifle. It is important to remember that assault rifles such as the AK-47 are even assembled in bazaars and road-side shops in Afghanistan. We will probably end up importing even bullets and cartridges next.

# The so called shining examples of DRDO success namely the Agni and Prithvi range of missiles have of late failed a series of user trials. Their low reliability (50% probability of successful strike coupled with hours of pre-launch preparations) causes the very credibility of our nuclear deterrent to be questioned. A recent India today articles highlights these same issues.

# Its premier UAV the Nishant is not aerodynamic, takes hours to deploy and the army has been compelled to accept a dozen.

Despite its unclassified salary budget of over 10,000 Crores  there is very little for DRDO to be proud about, other than instant food packets and portable toilets.

This article will now try to analyze what ails this organization and proceed to highlight the consequences of failure and suggest some remedial action.

Causes for Failure
01. Aiming ridiculously high and failing : A typical missile requirement would state that the user wants a missile that is shorter, lighter, lesser cross-section and has a higher payload than any other missile in its class. This is the equivalent of wanting a bride who is tall and short, fair and dark, fat and thin. Instead of having the courage of conviction to say that the requirements cannot be achieved, DRDO agrees to such requirements and fails miserably.

The latest fancy is to develop reusable missiles, which will return after dropping their payload. No one points out that such technology already exists and is called an aircraft

02. Imprecise project definitions : Some DRDO project documents call for development of indigenous technology in a particular field. After attempting and failing to develop this technology, DRDO surreptitiously orders the components from private companies who in turn may or may not be importing them.

They cleverly exploit the difference between indigenous and in-house.

03. Lack of accountability and peer review : DRDO’s progress in various fronts is judged by Professors from the IIT’s, IISc etc. However these very people receive funds from DRDO for their research. This creates a climate of patronage where no one speaks out. Every milestone is declared a success, but the project fails to deliver.

The head of DRDO serves as the chief scientific advisor to the Government, and has a clear conflict of interest.

04. Overstaffed : DRDO’s colossal employee size overshadows the size of R&D teams in Saab, Boeing, Lockheed, Sukhoi and MIG combined. Even if a few good scientists are present, they get inundated in an ocean of mediocrity. It is worth mentioning that HAL designed her first jet fighter in the 1960’s in just 3 years with the German Engineer Kurt Tank and a team of a dozen Indians. The old adage that a thousand monkeys on a typewriter cannot churn out Shakespeare comes to mind.

05. Lack of Skilled scientists : Most DRDO scientists are recruited through an exam called SET (scientist entrance test). There isn’t even a test for Aerospace. So the Aerospace engineer aspiring to join DRDO would be forced to take a mechanical engineering test where he would be tested on roof trusses and welding joints. Important subjects like fluid mechanics or control theory are not even tested.

06. Inability to attract and retain talent : DRDO pay scales are so low and bureaucratic procedures are such a hassle that even the few Indian scientists who return out of patriotism for their country after having worked in defense R&D labs overseas quit in disgust. Many DRDO labs do not even have internet access for ‘security reasons’. Having intellectually walled themselves in, they have no knowledge of the advances taking part around the world. Considering the state of affairs we would be doing the greatest disservice to our enemies if we were to give them access to the crude ‘technology’ developed by DRDO.

07. No practical experience : When DRDO is asked to design a weapon, the ‘scientists’ assigned to the task have never even seen the weapon up close or in action. There is no program by which they can embed themselves with the army unit, see the weapon in action, understand it and suggest improvements or modifications. As a result the first few designs are amateurish and laughable at best

08. Penny wise and pound foolish : Importing a weapon to take it apart, study it and reverse engineer it like the Chinese would be declared an unjustifiable expense. Despite its massive 10000Cr budget scientists from different labs wouldn’t be trusted to use their own vehicles to attend a meeting. Instead they must book an ‘approved’ taxi days in advance. The taxi would invariably be late and meetings start hours late. Clearly the bureaucracy doesn’t value the time of its scientists.

09. Lack of peer review : Most of the mathematical basis for the ‘research’ conducted is dubious. Worldwide peer reviewed journals are the best way to discuss and criticize research. DRDO has a bunch of in-house journals where the same set of ‘scientists’ publish, review and pat each other on the back.

10. No transmission or dissemination of knowledge : One DRDO lab has no clue as to what the other is trying to do, so they end up trying to solve the same problem over and over again. There have been a few success stories such as the design of the control law for the LCA. But the program has taken so long, that the scientists involved would retire and new scientists recruited for another program would have to relearn everything from scratch. Therefore the next aircraft program would take just as long as the LCA.

Consequences of failure
The government has a vested interest in letting this state of rot continue. DRDO is given a chance to develop various weapon systems, knowing fully well that it will fail after trying for decades.

This is then used to justify imports and the usual coterie of arms dealers make a killing selling obsolete arms to the armed forces at exorbitant prices. The ultimate price is paid by our brave troops who do not have the best weapons at their disposal.

Remedial Action
# Shut down DRDO. If this is not possible, since there are guaranteed jobs for government employees, reduce it’s funding to zero. Stop hiring and let it die a natural death.

# Researches on small arms, grenades, RPG’s etc are best left to the engineering corps of our army who work with these weapons everyday. Task these engineers with replicating and improving armaments that we currently import.

# Judiciously select about a dozen scientists from DRDO who are technically competent. If necessary conduct an exam to test them on the fundamentals of the fields they are specializing in.

# For Large items such as aircraft, we need to pay and get the best engineers from Sukhoi, Lockheed etc so that they may train a dedicated and knowledgeable team of a dozen engineers.

# There should be no place for reservation or any limit on pay to this elite team of engineers. In fact we would be hard pressed to find a dozen such people.