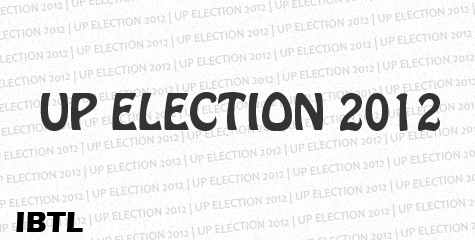 BJP has blasted away the Congress' Vision document on various points and has termed it 'Visionless' document. The release says that the Congress party has proved its unworthiness to seek the people’s support in UP polls. Here are some striking points that show the utter poverty of vision in the Congress party’s ‘Vision Document’:

Power crisis in UP : Uttar Pradesh is currently suffering from daily power cuts for 10-20 hours. All that the Congress party pledges to provide by 2020 is eight hours of electricity “to farmers in day time and to households at night time”. This means that, if the Congress party gets to rule UP, the state’s kisans, students, workers, artisans, doctors and nurses in hospitals will have to wait until 2050 for getting something as basic as 24x7 electricity supply. In contrast, the BJP in its manifesto has promised 24x7 power supply in every part of Uttar Pradesh — “Sabko Bijlee, Sasti Bijlee, Chaubees Ghante Bijlee”. The BJP government in Gujarat, under the leadership of Narendra Modi, has translated its promise of 24x7 power supply into reality. There is no mention whatsoever in the Congress party’s document about how it will achieve even the modest target of 8-hour electricity supply. In contrast, BJP stated

Employment : Congress has promised to create 20 lakh new employment opportunities by 2020. In contrast, BJP has pledged to create at least 1 crore new employment opportunities in five years. BJP says that it wants UP to achieve such accelerated, broadbased and employment-oriented development that even non-resident UPites can return to their home state and find gainful livelihood opportunities, a transformation that Bihar has been witnessing due to the good governance and development initiatives taken by the JD(U)-BJP coalition government in the state.

Security: BJP has said that Congress' apathy towards threats to national security is evident from the fact that there isn’t even a word about security in its ‘Vision Document’. BJP’s Vision Document and Election Manifesto have emphasized that ISI, SIMI and HuJI have been conducting their anti-national activities in several parts of the state. The entire Nepal border along northern UP has been threatened. Shockingly, whenever our security forces have captured the operatives of these organizations in cases of terrorism, smuggling, production and transportation of fake notes, etc., the leaders of Congress, Samajwadi Party and BSP have given them a clean chit and tried to secure their release.

Telecom : The Congress document states that “Rajiv Gandhi had a vision to put a mobile phone in the hands of every citizen.” There were no mobile phones when Rajiv Gandhi was alive. He died in a terrorist act in 1991. The first mobile telephone service in India started on 15 August 1995 in Delhi.