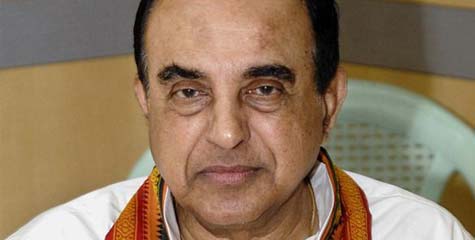 Please refer to the Written Complaint that I had submitted on November 28, 2011 to CBI through you, and on behalf the Action Committee Against Corruption in India (ACACI).

This letter is by way of additional information relating to the disclosure of offences committed under the Prevention of Corruption Act (PCA).

First, is the information from an article published in Schweitzer Illustrate in its November 1991 issue, which magazine is a highly respected and widely circulated magazine in German language, and published in Switzerland. This information discloses that the former Prime Minister, Mr.Rajiv Gandhi (now deceased), had about $2 billion in secret bank accounts in Switzerland, which is clearly disproportionate to his known sources of income as per his affidavit filed with his nomination papers upon becoming a candidate for Lok Sabha elections in 1991. This attracts section 13(1)(d) of the PCA. Although the information is two decades old, but you are aware that there is no time limitation for corruption cases under the PCA. Also even if Rajiv Gandhi is now deceased, his likely beneficiaries are his wife, Sonia, and two children, two of whom are public servants.

The second information is from Dr.Yevgenia Albats, a Russian scholar, holding a Harvard Ph.D and who was a member of the Inquiry Commission into KGB Activities which Commission was appointed by President Yeltsin of Russia. She subsequently authored a book titled: “A State Within a State: KGB in Soviet Union.” In that book, she disclosed the File Numbers contain evidence of the KGB payments to the then Prime Minister Rajiv Gandhi and his family members. This disclosure was confirmed by the spokesperson of the FIS, the KGB’s successor spy agency (equivalent of our IB and RAW combined) in a Press Conference in 1992, and reported by The Hindu, Times of India, and UNI. In 2002, the then External Affairs Minister Mr.Jaswant Singh had taken this matter up with the Russians and was informed by the Russian authorities that the GOI may send a senior representative of the RAW to Moscow to obtain authenticated records of KGB payments to Rajiv Gandhi and family.

Third, I have information that Mr.Rahul Gandhi was detained in Boston’s Logan Airport by US law enforcement authorities sometime in the later half of September 2001. He was in possession of $160,000 in cash which he did not declare upon arrival. US Customs require all amounts above $10,000 in cash to be declared, and if not every $10,000 instalment carries a 8 year imprisonment, if convicted. This means Rahul Gandhi was indictable for a prison term of 144 years. However, the then Principal Secretary to the PM, Mr.Brijesh Mishra, to my knowledge, had intervened with US Secretary of State, and arrangements were made get to Mr.Gandhi released.

In his deposition to the US authorities before returning to London Mr.Gandhi had declared that the money was his, and he had drawn it out of his secret account in Pictet Bank, head quartered in Zurich, Switzerland. I may mention here later that while studying in Rollins College, Winter Park, Florida, USA, Mr.Gandhi paid his Tuition and other fees to the College from his secret accounts.

Hence, if you record these informations as part of the FIR, then after doing the preliminary inquiries that the CBI is entitled to Letters Rogatory may be obtained. The ACACI then would be pleased to assist the CBI in its investigation abroad armed with these LRs.