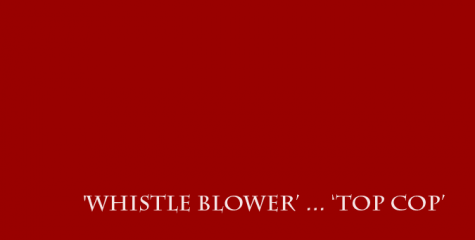 'Whistle blower’, ‘top cop’, ‘man who dared to take on the might of Narendra Modi’ are some of the praises that have been constantly heaped on Sanjeev Bhatt. On Sep 30, Friday (Today), as the law catches up with him, it needs to be asked if he is worthy of even one of the above attributes.

A deeper look at Mr. Bhatt’s records will suggest that his arrest was not only the need of the hour but also long over due. Sources revealed to Oneindia News. Infact, one needs to laud the authorities in Gujarat for taking this bold decision when it is certain that the arrest will unleash a fresh wave of vilification campaign against the establishment in Gujarat. In most other states, it is certainty that officials who face charges similar to Bhatt’s would either get away due to patronage or be left alone simply because of their high nuisance value. But, the wheels of justice in Gujarat are neither slow nor weak to let this happen.

Read Sanjeev Bhatt and recruitment scam in 1996
The service record of Mr. Sanjeev Bhatt has been controversial since the very beginning to say the least. On 18th November 1990 barely two years into service, Bhatt found himself named in a private complaint when as the Assistant Superintendent of Police in Jamnagar he indulged in rampant misuse of power including the use of the draconian TADA . In the process, it resulted in the death of one person. Thus, as Mr. Bhatt gives bold speeches on democracy and the right to dissent, he conveniently forgets his own actions that suppressed both.

Read Sanjeev Bhatt not a Whistle blower
In addition to the above, Mr. Bhatt faced the ire of lawyers in Rajasthan over allegations of falsely implicating their colleague in a narcotics case during his tenure as the SP of Banaskantha, Gujarat. He is accused of falsely planting more than a kilogram worth of narcotics and indulging in abductions just in order to establish an alibi and serve vested interests. Subsequently, a criminal case was filed against him that is still pending. How can a person with pending criminal cases get promoted? This is the crux of his anti-Government attitude despite knowing the laws that Governments cannot promote tainted civil servants.