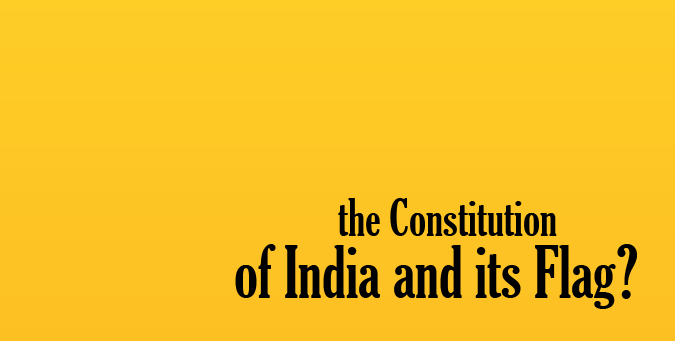 Over one billion citizens of India shall be celebrating India’s 64th Republic Day all over the country while over 10 million citizens of India in Jammu & Kashmir continue to be denied the fruits of the country’s democratic Constitution and National Flag since 1950. The founders of the Indian Constitution failed to appreciate the emotional and cultural affiliation of the people of J&K with the rest of the country. Kashmir was a part and parcel of Bharata long before Kanishka. In fact, Kanishka himself visited Kashmir and Kabul to promote the emotional integration of Patliputra (Bharata) with Kashmir long before the Christian era. The people of J&K rejected the two-nation theory propounded by the colonial rulers (Britain) and promoted by the England-based lawyer Mohammad Ali Jinnah with the mischievous intent to keep the sub-continent aflame.

Dr. BR Ambedkar, Chairman of the constitution Drafting Committee had pointed out that insertion of draconian provisions in Article 370 in the Constitution of India would prove counter-productive. The hawks in the Congress including Jawaharlal Nehru rejected Ambedkar’s opinion and dealt a blow to the integration of Jammu and Kashmir by enacting Article 370 with a strong mandate that Parliament shall have no competence to interfere with the legislative process in J&K. The President of India was transferred the powers that the British viceroy used to exercise.

The tragedy for the people of J&K began when the constitution applicable to the State during the time of Maharaja Hari Singh was also denied. The new Constitution of J&K was ushered in without having a single fundamental right. The Constitution of India was not extended to J&K, nor the Indian Flag. Instead, the flag of the National Conference was imposed on the people of J&K by adding three strips on its corner. Till this day the Constitution of J&K has neither fundamental rights nor any freedom or freedoms as are available in the Constitution of India. Parliament has abandoned its authority to legislate in respect of J&K. Hence, delimitation of Assembly & Lok Sabha constituencies was not allowed by the Govt. of J&K after the Census was held in 2001. Ironically, J&K is the only state where the words ‘secular’ and ‘democratic’ have been kept out of the Constitution.

There are about 100,000 refugees and their descendents who migrated from the newly created Pakistan in 1947 and after. They remain denied of any fundamental, civil or political rights. The migrants, their children and grandchildren who were born in J&K have also been treated as trespassers. They have no right to seek entry to government schools in J&K nor are they allowed to be recruited in government jobs. They have been misused by both the national parties, Congress and BJP, as votebanks. Human beings are suffering only for the reason that they belong to a fraternity which does not suit the so-called religious philosophy of the ruling clique.

On the other hand, about 500,000 residents of J&K forced to migrate from POK in 1947, in 1965 and again in 1971, are under threat of liquidation. They have multiplied to nearly 11 lakh today, yet there is no scheme or project for their rehabilitation in J&K. They are being forced to settle outside J&K. Pakistani refugees who came and settled in India in 1947 or after were rehabilitated and settled in different parts of the country. Among them, two refugees became Prime Ministers of India, viz., Mr. I.K. Gujral and now the present Prime Minister, Dr. Manmohan Singh. What is the fate of nearly 100,000 Pakistani refugees who were lawfully settled by Sheikh Abdullah’s administration in 1948 in J&K and the POK refugees who were forced to leave their homes in POK to save their lives? They have been asking for comprehensive settlement for the past 60 years. The fundamental rights which Indians enjoy are not extended to citizens residing in J&K. history shall hold both the Congress and the BJP leaders responsible someday.

Today, on Republic Day, the authoritarian government in J&K shall be hoisting tri-colour at the summer capital, Srinagar and winter capital, Jammu to bluff the nation. The Tiranga shall remain hoisted as long as the parade continues. The people of J&K shall certainly join the celebrations, but the question remains, what is the relationship of the people with the Constitution of India and its Flag?

The people of J&K had a choice and they chose India, its Constitution and Flag rejecting the two-nation theory of MA Jinnah. The people of J&K have committed to secularism and democracy and can no longer accept dynasty rule and discrimination. The only way out is let all the fundamental rights guaranteed under Constitution of India be extended to the entire State of J&K. Let there be tri-colour hoisting throughout the state which the people cherish to do provided the Parliament of India demonstrates its courage and determination to allow the people of J&K to share the fruits of democracy and rule of law.