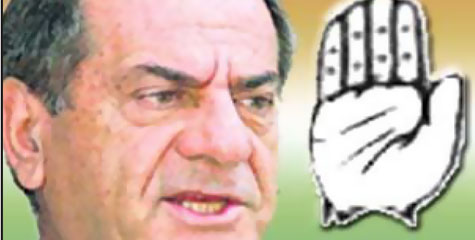 Anna’s fast had a very limited objective — that civil society should be involved in drafting the Lokpal Bill — like Gandhiji’s salt march just wanted the salt law repealed. And like Gandhi’s march shook the British, Anna’s fast began shaking the regime in Delhi. Had the British talked to Gandhiji before his march ended, the salt tax would have gone, but the empire would not have been shaken, believes S Gurumurthy

Anna Hazare started like Mahatma Gandhi would have done — fast unto death for a law against corruption. Anna bestirred the middle class after long, at least to talk against corruption on TV. Anna’s fast had a very limited objective — that civil society should be involved in drafting the Lokpal Bill — like Gandhiji’s salt march just wanted the salt law repealed. And like Gandhi’s march shook the British, Anna’s fast began shaking the regime in Delhi. Had the British talked to Gandhiji before his march ended, the salt tax would have gone, but the empire would not have been shaken. Drawing a lesson from the British, the rulers in Delhi talked with Anna and gave in to his symbolic demand. The result? Anna’s fast succeeded; but his cause?

Anna started off saying that “Remote control-se gadbadi hote hain” — that is, ‘remote control causes problems’. No seer is needed to say that Anna had hinted at only Sonia Gandhi as the problematic remote control. This was on April 6, 2011 (Rediff.com). Said CNN-IBN (April 8, 2011), he ‘ignited emotive cries of “Bharat Mata ki Jai!”, “Vande Mataram” — something anathema to the secular audience and the media. Added to that danger was the portrait of Bharat Mata – that which adorns saffron platforms — as the backdrop. Anna on fast in this setting,hinting at Sonia Gandhi as the problematic remote control and the fire he set across the country frightened the rulers.

The scared government forthwith went on the backfoot; it desperately looked for empathetic interlocutors to undo the damage occurring hour-to-hour on 24x7 TV channels. Sonia Gandhi forthwith appealed to Anna to give up the fast in the interest of his health assuring that his views would receive the full attention of the government. Her National Advisory Committee’s subcommittee said it would back the Lokpal Bill. Sensing victory Anna wrote to Sonia, “I am grateful for your concern about my health. The sub-committee of National Advisory Council had agreed with a broad content of the General Lokpal bill barring two issues. We request to get the drafts discussed at a full meeting in the NAC at the earliest and recommend the outcome. I am relieved to know that you fully support the cause.”

In the next couple of days it was all over — not only the fast but, more. A simple man uninitiated to the vicious secular politics, Anna had a word of compliment for Narendra Modi. Hell broke lose. This was sufficient to undo the effect of Anna’s fast; to question his secular credentials; to throw him off balance. His own team began deriding him. The subcommittee of Sonia’s NAC was the first to turn its back on Anna. Kapil Sibals, Digvijay Singhs, Manish Tiwaris and the rest were let lose on Anna. Sibal even gloated that Anna and Co wilted under pressure to dilute the law. Anna had thus the first taste of what a corrupt system could do to besmirch the reputation of those who dare it. To divert from the sequence and recall my own personal experience in fighting corruption, the government even used a forged letter to arrest me for ‘espionage’. This was way back in1987 when some morals were still in evidence in public life. Now back to the sequence.

Then came the news of the CD against Bhushans. Few can question the honesty of Bhushans. Yet, Anna, confused, first said that he could not guarantee anyone’s honesty other than his own; then when the news broke out that the CD could be forged, he came out in their defence. He wrote to Sonia Gandhi asking her to stop her minions – namely the likes of Sibals and Digvijays, according to the media – from smearing the civil society nominees or face counter smear against the government nominees! Going further, Anna asked her “to fight together” to defeat the designs of the corrupt forces. The Congress Party responded asking, “how can there be a caveat on expression of views in a vibrant and democratic society?” and saying that “discourse cannot be one-sided affair”. No further evidence is needed for the paralysis in the Lokpal Bill committee.

Two things are clear now. One, Anna Hazare understands that only the remote controller Sonia Gandhi — not the PM — matters in the UPA regime. Here he is undisputedly right. Second, he thinks, she can join the fight against corruption. This shows his ignorance. Anna’s suspicion of corruption seems limited to only Sharad Pawar’s. He is obviously unaware of the serious charges of corruption and of monies illegally held abroad against Sonia Gandhi. Anna does not seem to know that the popular Swiss magazine Schweizer Illustrierte (dated November 11, 1991) had disclosed that deposits of 2.2 billion Swiss Francs existed in secret Swiss banks accounts
of late Rajiv Gandhi. Likewise the declassified KGB documents, analysed by Yuvegina Albats, an award-winning Russian journalist, showed that Rajiv Gandhi had thanked the USSR in 1985 for the financial benefits his family and his son,
Rahul Gandhi, had received. Anna may not be aware that the former Swedish Investigation Bureau’s chief Sten Lindstorm had written repeatedly that Sonia Gandhi ought to be interrogated in the Bofors payoff to Quattrocchi. Yet Sonia Gandhi repeatedly defended Quattrocchi. Had Anna known these facts, would he have asked her to join the fight against corruption?

Anna asked for Sharad’s head because he suspected him as corrupt. But as yet there is no such open charge against Sharad Pawar like the ones against Sonia Gandhi and her family. Sonia Gandhi or her family has not even sued any one of some half-a-dozen writers who have repeated these charges. If ever the Lokpal Bill were to
become the law, she may even be the subject of probe by the Lokpal. Anna must know that Sonia Gandhi is as much suspected of corruption as Sharad Pawar, and more. Can suspects in corruption be trusted to fight the corrupt?