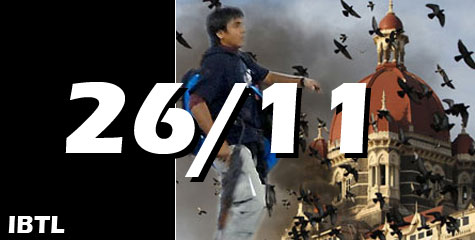 26/11 took away the lives of 2 NSG commandos, 15 Police officers and constables, and around 150 civilians. IBTL pays homage to some of those martyrs of 26/11 who sacrificed their lives while saving several others.

Shri Tukaram Omble : The 48 year old brave-heart who grabbed the rifle of Ajmal  Kasab and braved 20 bullets in his body to make Kasab’s capture possible. Omble was told to take up position on Marine Drive on 26/27 November mid-night after the news of firings at Leopold Cafe, Oberoi and Taj Hotels came in. Around 12.45 am, he got an alert that two terrorists had hijacked a Skoda car and were heading for Girgaon Chowpatty. Minutes later, the Skoda whizzed past him. Omble chased the car with his motorcycle. As the car approached the chowpatty signal, the terrorists opened fire on the police barricade. Omble overtook the Skoda and stopped in front of it, forcing the driver of the car to hit the divider. Ajmal Kasab stepped out of the car and pretended to surrender, but as the policemen advanced towards him, he pulled out his AK 47. Ombale gripped the barrel of the AK47 rifle with both hands. Kasab pulled the trigger and shot 20 bullets into Omble.  Omble collapsed, but held on to the gun till he lost consciousness, which disabled Kasab from shooting others. Fellow policemen, who by that time had shot Ismail dead, captured Kasab alive. He was awarded Ashok Chakra on the Republic day of 2009 for his utmost bravery.

Major Sandeep Unnikrishnan : This 31 year old young man was a commando of Indian Army’s National Security Guard (NSG). On the night of 26/11, Major Sandeep was the team commander of 51 SAG deployed in the operation at the Taj Mahal Hotel to rid the building of terrorists and rescue the hostages. He entered the hotel in a group of 10 commandos and reached the 6th floor through the staircase. As the team descended the stairs, they sensed the terrorists on the third floor. The terrorists had held a few women as hostages in a room and locked it from the inside. After breaking open the door, the round of fire by the terrorists hit Commando Sunil Yadav. Major Sandeep led his team from the front and engaged the terrorists in a fierce gunfight while arranging for the evacuation of Commando Sunil Yadav's. He chased the terrorists who had escaped to another floor, and while doing so, continuously engaged them. In the encounter that followed, he was shot from the back, seriously injured and succumbed to injuries. He was awarded Ashok Chakra with other martyrs of 26/11 on 26th January 2009.

Commando Gajendar Singh : 36 year old Hawaldar Gajendar Singh was an NSG commando. He was part of the team of NSG commandos who were abseiled on the roof of Nariman House. His team came under intense fire from the terrorists and returned fire, while trying to dominate the situation. The terrorists also hurled a few grenades at the commandos. At this point, Singh realized that they had to seize this opportunity to dominate and continued moving ahead. He created a way for the other commandos despite a grenade thrown at him. Despite sustaining multiple bullet injuries while doing so, he moved forward and ultimately succumbed to his injuries but his selfless and brave gesture ensured that his team secured a dominating position in the encounter. He too was awarded Ashok Chakra with other martyrs of 26/11 on 26th January 2009.

ATS  Chief  JCP  Hemant Karkare, ACP Ashok Kamte, Encounter Specialist Vijay Salaskar : After receiving the information of Terror Attack, ATS Chief Hemant Karkare rushed to CST terminal and then to the Cama Hospital. At the Cama, he with Encounter Specialist Vijay Salaskar, ACP Ashok Kamte, Assistant Inspector Arun Jadhav and 3 constables boarded a Qualis asked the driver to let him take over at the wheel. They heard on the wireless that the terrorists were hiding behind a red car. As they turned from the Crime Branch office towards Rang Bhavan looking for the red car, near the Corporation Bank ATM, they saw a terrorist running. Kamte and  Salaskar fired the bullet hitting the terrorist (Ajmal Kasab) on his arm. Just when they were about to get down of the Qualis, a second terrorist, Ibrahim Khan appeared and fired a volley of bullets at them. Hemant Karkare, Ashok Kamte, Vijay Salaskar and all others except Arun Jadhav, died on the spot. All three of them were conferred Ashok Chakra on 26th January 2009.