Swamy announced forming of an Action Committee Against Corruption in India 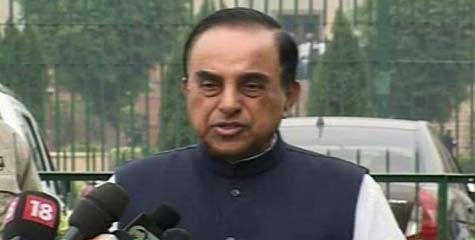 Crusader against corruption, Janata Party President Subramanian Swamy has announced forming of an Action Committee Against Corruption in India (ACACI) with special focus on illgeal money flow in and out of the country. The ACACI will consist of members including former Haryana DGP and former CBI Joint Director B R Lall, academician Prof M D Nalapat and former IAS officer V Sundaram among others. It will leverage existing national and international laws and move internal and global institutions to discover and recover illegal funds deposited in secret banking channels in about 77 countries. Dr. Swamy told reporters after a meeting of the ACACI.

"Our areas of focus would include nationalisation of illegal accounts in foreign banks and plugging tax evasion. The ACACI will focus on specific action against macro corrupt acts, especially in the criminal misconduct of high level public officials and illegal money flow in and out of the country," Dr. Swami said.

Dr. Swami praised Baba Ramdev saying that he concentrated on mass mobilisation. Dr. Swamy also said that he would participate in the yoga guru's proposed padayatra.