India to continue tactical advantage over Pak in Siachen 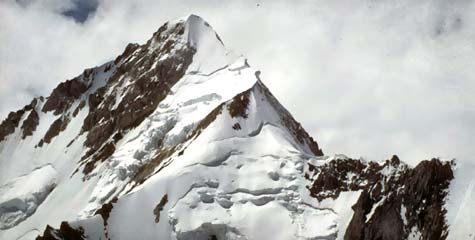 New Delhi, The Cabinet Committee on Security, chaired by the Prime Minister has made it very clear that, India will be in no mood to give up its tactical and strategic advantage over Pakistan in Siachen Glacier-Saltoro Ridge region.

The CCS cleared the agenda for talks with Pakistan on Siachen ahead of Defence Secretary level talks in Islamabad on 11th and 12th of this month. The issue was discussed on Thursday by the CCS, which cleared the stand to be adopted by India in this regard. It will be interesting to know how Pakistan responds to India's stand.

During a visit to Siachen in 2005, Prime Minister Dr. Manmohan Singh had said that the two countries should work to convert the highest battlefield into a mountain of peace. Maintenance of troops in the glaciated mountainous region ranging in the altitude of above 15,000 ft is costing immensely to both countries in terms of monetary and human resources. But it seems that the security committee differs from what the PM has suggested.

Indian delegation, led by defence secretary Shashikant Sharma, will insist Pakistan first agree to the three sequential ‘pre-requisites’ of authentication, delineation and demarcation of the respective troop positions on the Saltoro Ridge before any military pullback plans can be discussed.

While there has been some recent buzz of ‘a breakthrough’ on the long-festering Siachen dispute, the Army has cautioned the UPA government against any concessions in the face of Pakistani intransigence in providing iron-clad guarantees for even verifying the 110-km Actual Ground Position Line (AGPL).

‘India has all the advantages now. Why give them up without any gains?’ asked a senior officer. If India was not holding the heights on the Saltoro Ridge, the highest watershed in the area, Pakistani and Chinese armies could link up to bring the Karakoram Pass under their control and threaten the Ladakh region. ‘The increasing Chinese presence in Pakistan-occupied-Kashmir and Gilgit-Baltistan is a fact of life,’ he added.

In May, Defence minister A K Antony has told Parliament ‘dramatic decisions’ should not be expected from the talks slated for next week. Sources said India will tell Pakistan to first ‘authenticate’ the respective troop positions on the AGPL along the Saltoro Ridge since Indian soldiers occupy almost all the ‘dominating’ posts there and Pakistani soldiers are three to seven km away from the glacier.
Similarly, the authentication process will have to be followed by proper ‘delineation’ both on the map as well as on the ground. This, in turn, will lead to the final ‘demarcation’ of the agreed border. India will only then ‘consider’ the proposed ‘disengagement’ and ‘redeployment’ of troops from the heights varying from 16,000 to 22,000-feet.

With better infrastructure and supply lines in place, the Army is no longer to lose its soldiers like it did in the early years after its ‘Operation Meghdoot’ in April 1984 pre-empted Pakistan's `Operation Ababeel' to occupy the icy heights.

Pakistan, which lost 139 soldiers in an avalanche that hit one of its Army camps there in April, is desperate to resolve the dispute since it is bleeding more. Over 3,000 of its soldiers have died in the region since 1984.

India, too, has lost many soldiers. Although the casualty rate has steadily dipped in recent years, the toll stood at 26 last year. Extreme weather and terrain cause more casualties in the icy heights, where temperatures even dip to minus 50-60 degrees, rather than exchange of fire. The guns have largely fallen silent in the world's highest and coldest battlefield since the ceasefire came into force in November, 2003.

India and Pakistan have held several rounds of talks to resolve the Siachen issue. The two countries were close to an agreement a few years back on demilitarising the region but it failed to fructify as Pakistan refused to authenticate the current military positions of the two sides despite India pressing for it.