Is the so-called Liberal Left Really Liberal and really Left? - The Secularism Conundrum 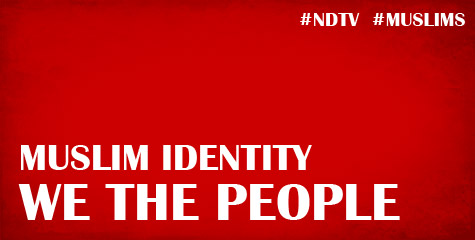 I recently watched a video clip of a ‘We The People’ episode that dealt with Muslim identity. Participants included Shahrukh Khan, Soha Ali Khan, Kabir Khan, Karan Johar, and Zakir Naik and another Imam, along with others. After one of Shahrukh’s comments about Muslim identity, Barkha Dutt had quipped, ‘But is it really so simple?’ Perhaps if religion and governance were really and truly separated and if there were equal laws and policies for Indians across religions it could all have been simple.

The Indian Constitution intended that all Indian citizens be treated equally in all walks of life. The Constitution’s Directive Principles for State policy spoke about a uniform civil code to be instituted shortly. Not only was this directive principle ignored, but somewhere along the way, Haj subsidies for Muslim pilgrimages crept in but none for Hindu, Christian, Sikh, Buddhist, Jewish, and Jain pilgrimages. Likewise, Muslim religious education institutions-Madarsahs became heavily subsidized by the government. At one stage, George Orwell’s famous quote ‘All are equal but some are more equal’ was considered an outlandish joke that could never touch a vibrant democracy like India. Later it began to be applied to corrupt politicians who broke laws but slipped away using the heavily flawed judicial system in the country. Today, the statement ‘All are equal but some are more equal’ undoubtedly additionally describes the status of Muslims in India, who are privileged citizens in a country that, sadly, was created for Hindus.

The media anchor who posed the above question on simplicity appears to have a rather simplistic definition of secularism, as have her fellow journalists belonging to the mainstream media. Implicit in their reporting is the implied definition of secular–Standing for Muslim demands (no matter how unfair and unjustified the demands are) is being secular. Speaking out against discriminatory policies that benefit Muslims at the cost of other communities, on the other hand is non-secular or communal.

However, even when the implied meaning is evident from the tone of their political commentary, the proponents of this kind of secularism do not provide an honest definition of this kind of secularism, for, in doing so, they would have to admit that it is discriminatory, unfair, and unjust. If they were to provide an honest definition, such ‘secularism’ could be defined simply as Muslim appeasement. Knowing that under Imamdirectives, a large number of Muslims tend to vote en masse; secularism as it is defined today in India can be defined as Muslim appeasement to harvest Muslim vote banks. Muslim vote banks tip the balance due to their en masse voting (block votes). Opportunistic political parties vying for block votes eagerly jumped on the bandwagon of this brand of so-called secularism. What, however, is not easy to either understand or digest is the role of mainstream media to a) NOT question the innate unfairness of this brand of secularism, and, b) to in fact propagate this kind of secularism.

India is a country characterized by corruption, chaos, and confusion. One more characteristic of the country is how terms like ‘secularism,’ ‘left liberal,’ ‘right,’ and ‘minorities’ have been loosely bandied about without a thought to what they really shouldmean.  As a result, in India, they have taken on meanings that are rather different from what they were originally created to describe. This sullies the discourse on fair legislation, equality of citizens across religions, a need for uniform laws, etc.

Defining Secularism and Minorities: Given the uniqueness of the Hindu non-evangelical ethos, vis-à-vis Christian democracies, the terms and labels ‘secularism’, ‘left liberal’, and ‘right’ cannot be directly lifted/borrowed from the west to imply the same politico-social dynamics in India as they would, there.

In fact, even for western democracies, the term secular is used to describe a government that treats all its citizens equally and fairly, for it indicates a separation of state and religion. Additionally, in the west, the term secular applies predominantly to collective entities such as the state or government and may also describe policies or governance but is rarely if at all used in the context of individuals. In India, however, the term ‘secular’ is additionally used to describe individuals (politicians, celebrities, etc.,) who tend to be ‘minority’ friendly. Then again, in the Indian context, the term minority or minorities has come to mean the Muslim community. Hence, a secular individual is one that is friendly to the cause of Muslims. (Ideally, the term minority should define a host of communities including Sikhs, Buddhists, Jains, Christians, Jews, and others, but that is not the case.)

If the term secular were used in its correct and original spirit, it would describe qualities such as ‘all encompassing,’ ‘inclusive,’ or ‘pluralistic,’ but in India it has come to connote rather the opposite by implying Muslim friendly. In fact, when the term secular is used to define ‘all encompassing,’  a Hindu individual becomes more of a Hindu when s/he is secular (inclusive), but a Muslim individual will no longer remain a true Muslim when s/he is secular (pluralistic/inclusive). By the Muslims’ holy book, being inclusive and being a Muslim is a contradiction in terms. How can a true Muslim  look at individuals of other faiths as symbols of universal humanity—for, as per their holy book, all individuals of other faiths are non-believers or ‘kafirs’ who need to be discriminated against, intimidated, eliminated, or converted to the ‘one true faith’ that is Islam. The secular conundrum arises from the difference in the way the two faiths look at genuine inclusiveness or secularism.

This in turn brings us to individuals from the mainstream media who have christened themselves as the ‘Liberal Left’ or even as ‘Left Liberal Intellectuals’. Any intellectual would see the inherent contradiction between secularism and Islam at both the macro and the individual levels, and both in terms of tolerance and free speech. An intellectual would also clearly also see that Hinduism provides an innately secular ethos, but apparently the breed of ‘‘Left Liberal Intellectuals’ in India do not, and if they do, they would rather not discuss it.

Even without consulting a dictionary, one can fathom that the term liberal means generous. Liberals are supposed to be generous in thought. What is supposed to differentiate Liberals from others is their generosity in accepting different beliefs.

Multiple questions arise from the notion or principle of acceptance of diverse beliefs and faiths. When a Liberal tolerates other beliefs, would s/he tolerate intolerance? Would they tolerate the implicit intolerance of Islam? Any individual true to their principles would see the inherent contradiction of tolerating intolerance, but apparently our mainstream media notables do not. Perhaps it would help if they at least cared to debate or discuss the issue but there is an ominous silence from these intellectuals.

Then again, it appears that these self-christened Liberals have restricted the principle of acceptance to religious beliefs. A self-christened Left Liberal is therefore accepting of all beliefs however bigoted they may be and therefore includes Islam/Muslims in this acceptance. Why then, do they not extend this courtesy to beliefs other than those of the religious kind? Why not be equally accepting of ideologies divergent from their own?

Consistency of principles requires that they would reject the intolerance of Islam as well as the intolerance that stems from radical right-wing ideologies or embrace and accept both as part of a multi-faith multi-ideology society. Also true Liberals would choose to co-exist with divergent ideologies in a multi-faith multi-ideology society and not themselves engage in intolerant behavior that includes belittling, labeling, name calling, stigmatizing, or refusing to engage in discussion with right-wing ideologues. A large group among the right-wing are merely questioning of the inherent intolerance of Islam.

Based on the above, the title Liberal to describe these political commentators and media personalities is fallacious. These are radicals that choose to blindly and eagerly support Islam’s intolerance, while engaging in a studied hate campaign against those that question Islam’s compatibility with democracy, using labeling, stigmatization, ranting as mechanism.

Do they represent the interests of the disenfranchised?

The Left is by definition expected to represent the interests of the disenfranchised or the poor. However, our mainstream media are notoriously pro-Congress-establishment. The Left is supposed to be pro-poor and pro-people but coverage during the Anna Hazare anti-corruption movement amply showed how mainstream media went overboard to discredit the movement through discrediting its members, alleging ulterior motives, and being overly concerned about what they called the ‘subversion of democratic institutions’. A real ‘Left’ media would have encouraged and supported a people’s movement where people’s pressure groups get to influence policy and pressurize an errant government to bring a stringent anti-corruption legislation in the face of numerous scams of humongous proportions.

If there are any doubts about mainstream media being elitist, perhaps this story would be very telling.

Clearly, the self-imposed title of ‘Left’ is also a misnomer when it comes to our media notables.

Can the notable from media be called ‘intellectual’?

Stories abound about the rotten state of the media. Check this one out. For another story on shoddy journalism, check this out. Perhaps, intellectual is not quite the word either.