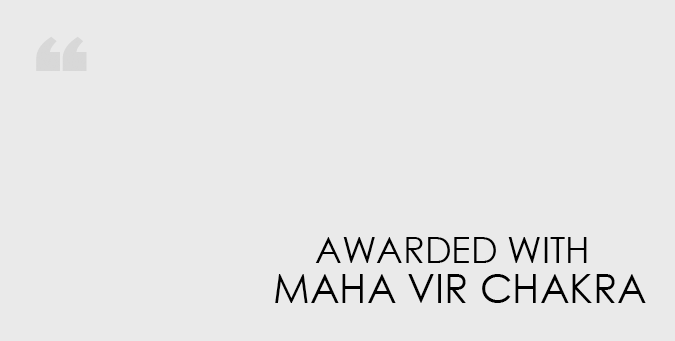 Jammu/Srinagar, June 14 : India celebrates today (14th June 2012) the 113th the birth anniversary of a son of the soil – Brig. Rajinder Singh (MVC), for his sacrifice, the Jammu & Kashmir was able to defeat the Pak invasion in 1947. The braveheart, with only a handful of soldiers, defended successfully the state capital & a large region from the invaders. Brig. Rajinder Singh, although laid down life along with all the 150 odd soldiers, created a history of bravery in itself.

Brigadier Rajinder Singh who was the Chief of Army in the erstwhile J&K state under Raja Hari Singh, hails from a small village of Bhagoona, about 35 kms. from Jammu. He took charge as the chief of Army from the then British Major General H.L. Scott in the month of September 1947. After just a month when Jammu & Kashmir was under deep turmoil of the post-partition trouble Brigadier Rajinder Singh advanced to take on the swarming invaders with just over a 150 soldiers at his disposal.

Leading from the front, Rajinder Singh successfully prevented the invaders from advancing towards State capital Srinagar for a period of 5 crucial days. On 27th Oct. the Brigadier laid down his life at Buniyar near Baramulla. It is however rightly believed that Srinagar and the state of Jammu & Kashmir were saved due to the sacrifice and martyrdom of Brigadier Rajinder Singh.

The Brigadier was posthumously awarded with the highest honour of Maha Vir Chakra by the then Army Chief Field Marshall K.M. Carriappa. He happens to be the first recipient of this award in Independent India. His birthplace, the village of Bhagoona, was also named after him as Rajindernagar.

India remembers this Hero of Jammu & Kashmir, for whose sacrifice, the large part of the state today remains unified with the Motherland – India.