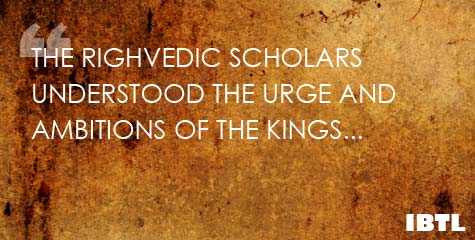 India, our holy motherland, since the prehistoric times had abundance of natural resources. From the start of human civilisation, i.e the bronze age, one can see the vast expanse of civilisation stretched across the lengths of vast rivers like Sindhu, Saraswati, etc. India is truly 'The Golden bird'.

As an amateur historian, I have read and researched about various other civilisations throughout the world. Be it be the Gold laden Egyptian Civilisation better known as 'Misr', The civilisation between the two great rivers of Iran: Euphrates and Tigris, the Yanking Civilisation of China, The Greeks of Europe, The Romans of Italian peninsula, the Phoenicians who spread throughout the Mediterranean, etc. But one thing I must say that no other civilisation has that kind of distinction with respect to society, philosophy, theology, science,etc. The Indian civilisation is a class apart civilisation.
Even though it outlived many other civilisations of the world who are now dead or just lingering in historical accounts, there is enough amount of mutations in this Indian 'way of life'. The glorious past is just a shadow here where intellectual subversion, pseudo-secularism has taken deep roots in the Indian Society. The society where God resided in knowledge and unhindered flow of knowledge, freedom for each soul, etc. is now taken the form of blind worship and imitation of the west or the Arabic world. Despite this grave condition, the Sanathana way of life lives, desperately seeking the desire to be revived back to life.

We all know the glory of our motherland, but we rarely ponder about the fact that in these 1000 years, India has been deprived of her place in world politics. What is the reason for this? Why this perfect society fell to the wave of invaders? Well I have tried to make some analysis on this topic:

The Righvedic scholars understood the urge and ambitions of the Kings to expand their territories of the kingdom. But they also created a set of rules which all the Kings must follow. Here are some of the rules:

These are some of the important rules which Ancient thinkers framed in the Indian Subcontinent. Most of the times, rulers were engaged only in negotiations with neighboring states and were to resort to war against them as a last resort.

To quote, these were the immediate advantages of the above stated rules in the Indian subcontinent:

Though from this point of view much good can be seen about the political theories of human nature of the ancient Indians, it is a fact that as they had not permitted the annexation of the conquered states to the conqueror, no other ancient Indian monarch except Chandragupta Maurya under the able guidance of Acharya Chanakya,  could establish a sound political unity of the Indian people in such a manner that they could be able to repel the dangers which constantly lurked ob the North-Western  borders of India and which brought Indian Independence always in danger…

These cons were slightly visible during the period of Alexander’s invasion of India. But the invasion of the Macedonians never proved to be too grave for India. Many invaders followed their path like: White Huns, Kushanas, etc. but these invader rather imposing their foreign rules, absorbed the local rules of India and became a part of the Indian Subcontinent. But by the beginning of 1000 A.D, the Islamic invaders entered into the Subcontinent and wrenched havoc throughout. They never followed the ethics of war which the armies of numerous kingdoms of Bharata held as their pride. In spite of this, the brave warriors of the holy motherland held the brutal Islamic invasion with courage and bravery. But due to deceit and enmity between small kingdoms, this proved to be fractures and cracks through which Islamic invaders pushed into the subcontinent.   They were brutal on the conquered subjects. Mass massacres took place in many parts of India. Conversions by force took place. The normal way of life in the subcontinent was totally disrupted.

I know many of the enthusiasts of Indian History (who know what true history of India is!) would like to know why this nation which consisted of brave warriors, brilliant scholars, and able rulers fell to the wave of Islamic invaders. I have drawn here some conclusions by using the ‘cause-effect’ phenomena. Sometimes those rules which may seem to be beneficial to the people currently may prove to be the cause of destruction later…

(Though I don’t agree with the acceptance of Aryan-Invasion theory of the author in this book.)