Remedies for the Premises (Vastu) 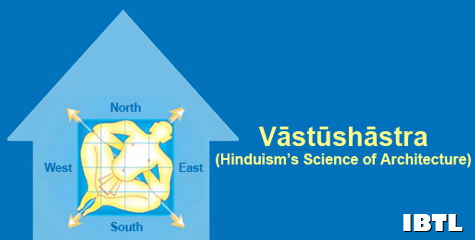 In the ancient times there were no houses. People lived in the forest. As they began con¬structing houses they experienced that some houses brought good fortune and happiness while others caused distress. This is how the science of premises (vastushastra) came into existence. Before understanding the difference between pleasant and dis¬tressing frequencies generated in a vastu let us first understand how these frequencies are created in it. There are three kinds of frequencies in an empty vastu.

A. Frequencies arising from the floor of a vastu ascend towards the sky.
B. The ‘360 frequencies’ travel in a vastu in a circular fashion.
C. Frequencies due to thoughts of those constructing the vastu, those visiting and residing in the vastu, etc. strike the walls and ceiling, and get dispersed everywhere.

Vastu refers to space enclosed by four walls irrespective of whether it has a roof or not. The presiding deity of this space is called the deity of the vastu, Vastudevta. The deity of a vastu is the centre of energy of the vastu. Mission of Vastudevta is to endow energy to any pleasant or distressing event occurring in that vastu. It is believed that the deity of a vastu says, ‘So be it (tathastu)’ to whatever is uttered there. Hence one should not utter abominable words in the house.

Spiritual causes for distressing frequencies in a prem¬ise: If a visitor feels uncomfortable in someone’s house one can infer that at that point of time that vastu is impure or that the resident of that house has been troubled in the past or will undergo severe distress in the future.

Comparative importance of the causes of distressing frequencies in a vastu

Types of distresses one may experience in an improper premise

A. Physical illnesses such as disorders of stomach, rheumatism, paralysis, etc
B. Psychological problems such as anxiety, depression, etc.
C. Ill effects on the foetus

Remedies to make a vastu pleasant

# Substances possessing distressing frequencies or those which attract distressing energies should not be kept in the house, eg. Toys with demon like features, etc.

# One can stick chanting strips in vastu. This creates a subtle protective roof in the vastu and emits positive frequencies of the respective deities.

# On the entrance door, one can stick sattvik (pure) picture of Sri Ganesh to prevent unpleasant frequencies entering the vastu.

# The inside of the vastu should also be purified everyday with gomutra and holy ash (vibhuti). One should also do dhoop in the vastu at least once a week.

Since most of the problems in a vastu occur because of the people living in it, the most effective remedy to overcome spiritual problems is to commence regular spiritual practice.