This 'mass-murderer' saves a thousand lives every month 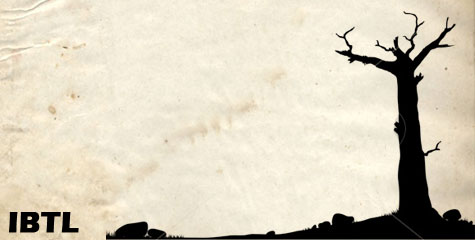 They accused Lordess Seeta, the epitome of chastity, of ill-conduct. They initiated Nobel Peace Prize in the name of the inventor of Dynamite. They called him, Narendra Modi, who'd once left his home in search of God, and lived in exile for 2 years, a mass murderer!

But this man, Narendra Modi, cursed for 10 years by his detractors, both within the media and political circles, being termed as "Mass murderer", when there's not even one FIR against him, endured it all. He transformed Gujarat into a paradise of development and won the hearts of Gujaratis. The state that didn't have enough water to drink, registered 9.6% of Agricultural growth. The development was not confined to urban and rich, the poor too got the fruits. And, in this storm of development, Gujarat didn't lose its cultural heritage. Modi kept it vibrant! The development was so fierce that even his stauchest foes had to acknowledge it. From UN to US, Modi's mantra reverberated loud and clear.

But even then, the callers of "mass-murderer" didn't get silenced. They didn't realize that Modi, over these years, has saved thousands of lives every year, through his innovative and well implemented schemes of welfare. But unfortunately, we have a media mechanism that's concerned more with his not wearing a skull cap or his not going to campaign in Punjab! They can't see and hence can't show all this. IBTL looked at some of it.

In 2004-05, Gujarat had only 54% cases of institutionalized delivery. This used to result in high infant mortality rate, the infants used to die soon after taking birth, often risking the life of mother too. Modi's miracle took this figure to as high as 90% in 2011. His Chiranjeevi scheme did the magic. Under the scheme, the government signed MoUs with gynecologists. The complete expense on the delivery of BPL women was thus borne by the state government. In addition, financial assistance of 1000 Rs is given to the bearing mother for stay in hospital and to-and-fro trip to hospital. Stats show that at least 28000 infants would have died and so would have at least 600 mothers, had this scheme not been in place. Modi's efforts, saved all these lives.

Gujarat government insures every school and college going child. Health check-ups are performed for every child each year and each year around 13000-14000 children are diagnosed of serious life-threatening diseases. Diseases which would have killed the children and would have left their parents to accept it as the wish of God. Modi's scheme changed it all. Such children, diagnosed of life-threatening diseases are treated and all expense in borne out of the Chief Minister Relief Fund. Result, thousands of additional lives saved each year.

Modi government laid out 1400 Km of water pipeline in just 700 days, and enabled 8000 villages to have water. Sabarmati river of the state now has Narmada's water, a plan that former PM Atal Bihari Vajpayee had envisioned, and the UPA government dumped. Availability of clean water reduced the diseases. To combat malnutrition, Modi introduced the concept of 'god's share'. He encouraged villages to put aside the share of 'gods' from the milk each household used to consume, and all this spare milk would go to the most needy and poor malnutritioned children of the village. In a country where government schemes never reach the poor, Modi's attempt removed even the scope of corruption.

Modi says that first White-revolution, then Green revolution, and now, Gujarat has done, Saffron revolution, by becoming an energy surplus state, thereby filling in his state, all the 3 colours of the tri-colour. Gujarat has written its destiny, India still awaits its glorious days!